West Texan, Melissa McCoy, came to Longview to meet the young woman who saved her life. Amy Grimsley, donated stem cells to her in 2015.

This story began when Amy was a nursing student at East Texas Baptist University and took part in the LeTourneau University Health Fair in Longview in October 2010. The ETBU nursing students had a booth near the Because I Care booth, where she signed up to be on the Be The Match Registry.

In 2012, Melissa McCoy, of Abilene, Texas, was diagnosed with brain cancer. She had surgery to remove the tumor and followed up with chemotherapy. All went well until 2015, when she learned that the chemo had caused her to become pre-leukemic. In order to bring about healing, Melissa’s doctor recommended she have a stem cell transplant.

Neither of Melissa’s brothers proved to be compatible donors for her, forcing her medical team to turn to donor registries in search of her “perfect match.” Amy Grimsley was found to be Melissa’s match, and the transplant took place on September 22, 2015.

Because I Care invited the two young women to their annual banquet to give them the opportunity to meet one another for the first time. They both looked forward to this meeting with great anticipation. After having time to meet and spend time getting acquainted, Melissa said that Amy was “everything I hoped for and more!”

Amy said, “There are no words to describe it. It was amazing to be able to save Melissa’s life. I’m overwhelmed at how God used me.”

Melissa is doing well, and she and Amy believe they will forge a strong and lasting friendship. 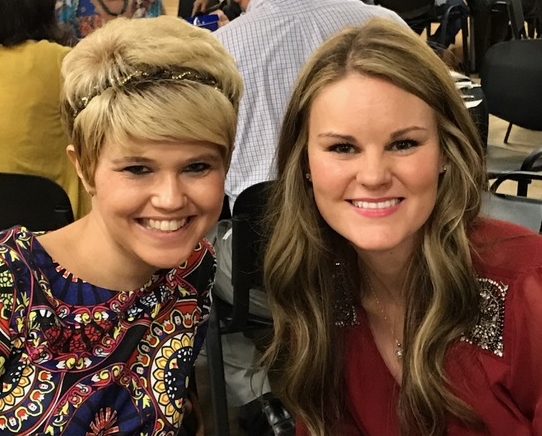