On October 24, 2014, Canadian Larry Parks flew to Longview, Texas, from Red Deer, Alberta, to meet the lady who saved his life. He’d always wanted to meet her but never thought it would happen.

East Texan, Beverly Johnson, was enjoying the booths and art at Alley Fest in Longview in June 1999, when she stopped at a booth manned by Because I Care volunteers. There she signed up to be a potential donor on the Be The Match Registry. She never gave it much thought again until she learned in 2007 that she matched a patient with acute myelogenous leukemia (AML).

In June 2007, Beverly went to a collection center in Dallas and donated stem cells, which were flown to her recipient. At the time she did not know who that was. Beverly said, “I never dreamed I’d be able to meet the man who received my stem cells.”

Larry said meeting Beverly was “deeply personal. Somehow God brought us together and through medical science, saved my life, and I will always be so thankful. Beverly is a warm, giving person, and she told me she was only too happy to help someone in need.” 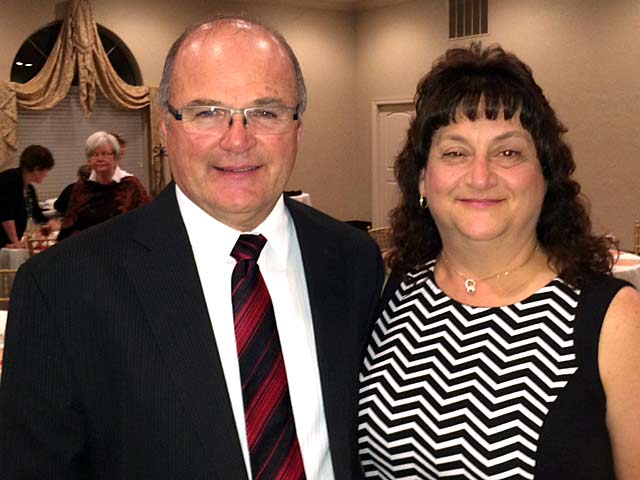